We view the world with more than just our eyes. If we allow ourselves to. While a nice visual offers you a lot of observation, much more can be absorbed by what you view with your heart.

And even though the heart can be a funny little pulse of emotion sometimes, what it gathers and takes stock in can shed light on much more than feelings of amore.

Twenty years ago, my beloved Grandma passed. She told me it was going to happen a week before it did, and when the phone rang in the middle of the night, I had no doubt why. Confirmation came from the sounds of my father in the other room.

It was his mother. And she meant the world to him.

I can remember having sleepovers at my grandparents’ home. She and Grandpa had separate bedrooms. He liked to stay up late, watching sports on TV. And was a terrible snorer. She liked to read, listening to jazz on the radio. And smoked cigarettes.

During these sleepovers I would spend the night with her. I always brought my book (whatever I was reading at the time, usually something by Stephen King or Ken Follet – even though I wasn’t yet a teenager). We would lay in bed together with their dog, a Dachshund named Oscar (trust me, that was lost on no one!), and a bowl of black licorice pieces between us. She would have a glass of gin (sometimes water) on her bed side table and an ashtray for her cigarettes. On mine, a glass of gingerale. And we would talk, and read, until the wee hours of the morning.

She was remarkable. Endured a completely fucked up childhood with complete grace. She was the most beautiful soul. And, twenty years later, I still miss her terribly.

As a young child, I didn’t spend much time with my father’s parents. So those sleepovers meant the world to me. They spent at least half the year in Florida. But still they were present whenever scheduling allowed. And they always sent postcards and letters when out of country.

Later, when they no longer travelled south, we would visit for afternoons of Scrabble and stories. By then, my grandmother had quit smoking (she had an incident where she was walking and began choking, so she immediately threw out the pack she had and never smoked again) but still kept a bowl of black licorice handy.

And she still played the piano. Her fingers were crooked and overlapping with arthritis but that didn’t stop the incredible sounds of everything from Rachmaninoff to Elton John. 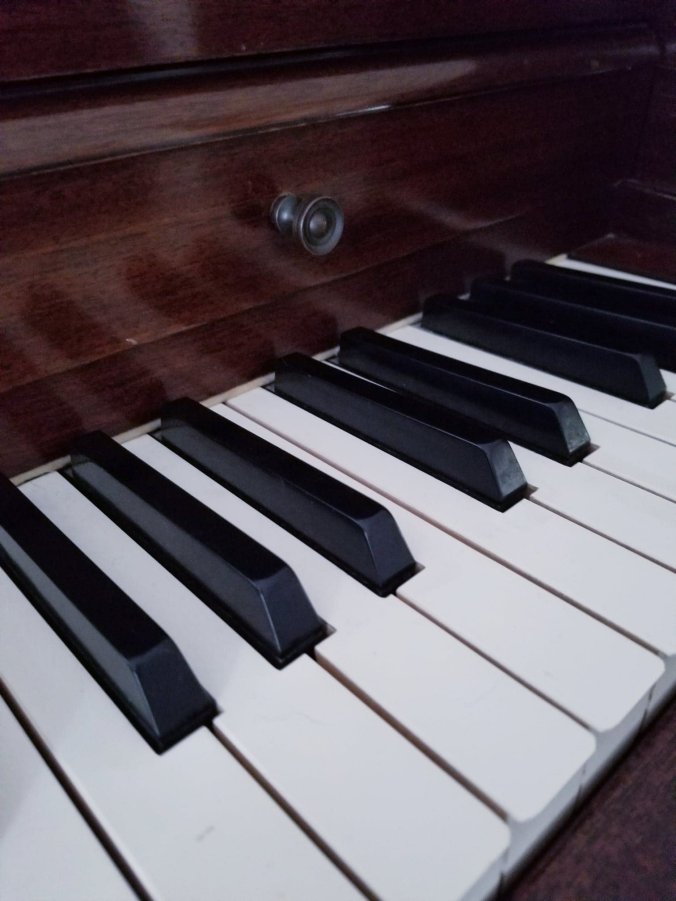 My grandmother also wrote wonderful stories. Mom compiled a collection of them in to a book once, and made a copy for each of us. Grandma’s Wag Tales. They were stories of all the dogs she and Grandpa had had over the years.

There’s even a story about a time Grandma was to babysit me (this is going back well over three decades ago!) and she was running behind. Apparently she refused to pull over for the police and an officer followed her from the half-way point to our driveway. Once there he asked if she saw his flashing lights, yes officer. Then he asked why she didn’t pull over, seeing me watching from the front door, because nothing was going to stop me from getting to that sweet face right there.
Please note, it may not have gone exactly like that. I was about 3 years old, and so have no actual memory of the event; however, that is how it has been told to me over the years.

Grandma was also an artist. Everyone says that’s where my artistic abilities come from. They also say we look alike. The Banting Eyes. My biological mother used to compare us because my Grandma also suffered from a form of depression. Though those comparisons were never kind.

Now my parents are the grandparents that spend time down south. And we visit them as often as schedules allow when they are here.

We were out to visit them a couple of months ago and my father pulled me aside. He told me that he wanted to send me the piano (FINALLY!). I couldn’t believe it. And I was so thrilled. It made my heart so very happy.

The piano arrived a few weeks later. First thing in the morning. It appeared in the middle of chaos. We were about to have the house painted so the room it was going in was completely disassembled. Furniture piled in the middle of the room.

Even though it wasn’t in its final place, the piano possessed a sense of belonging. And it felt quite natural to have it in my home. Outwardly I wasn’t very emotional, but inside my emotions were zipping all over the place.

The painting finally done. It was time to call in someone to tune the piano.

I found a piano tuner via a Facebook page. We made arrangements for him to come to the house. He arrived on a Friday. We were all home. My son was very interested to see how one tunes a piano.

He was a lovely guy. Very good with my kiddo, answering all his questions. Teaching him (and us) about the piano’s inner workings. My father had been concerned about one of the legs, as it had been damaged in a previous move (and repaired though not to my father’s standards). We were assured it would be no issue and likely best to leave it as is.

About an hour after his arrival, the tuner finished. All appeared in check and the piano was in good shape. He also did repairs and refurbished old pianos. He was quite taken aback by the shape of this one and induldged me as I retold stories of my grandmother. She was one of the first women to fully graduate from the Royal Conservatory in Toronto. Played everything from Teddy Bear’s Picnic to the Beatles. 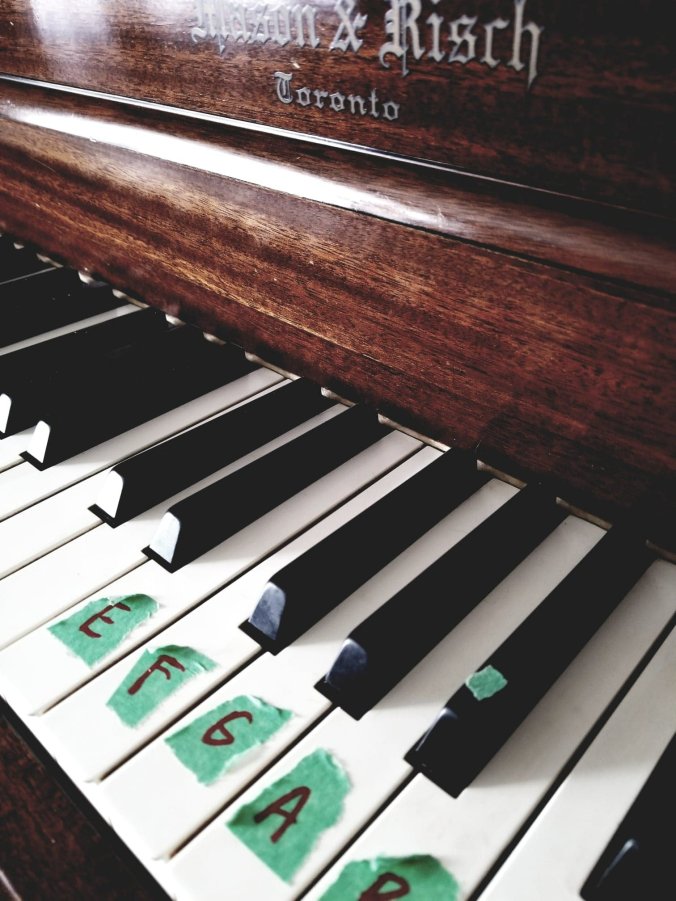 Before he left he gave the piano a test. Which we were thankful for as none of us play (I take that back…my son taught himself to play the opening bars of Jurassic Park – we put tape on the keys so he could easily play it). He played a modern pop song. And it was amazing. Hearing that piano filled my heart with so many emotions.

And the fact that he played a song like that would have been right up her alley.

As he played my heart exploded. I was overwhelmed by the sounds and soon tears were running down my face. Not since Grandma was alive had it sounded like that.

The heart is a container for emotions but also a place to store precious memories. And sometimes those memories are not things we recall visually. But instead with feeling.

That is why it is important to not only observe the world around us but to also absorb it.