Day 5 melted away quietly.  Until the very end.  When everything, once again, erupted.

My exhaustion was reaching new levels.  The end of Day 5 was nasty.  And brutal.  The only bit of solace I could gather was my lack of commitments until later in the week.  I needed to rest.  No excuses.  On Day 6, I would rest.  I know, I know.  A day early.  What can I say?  I’ve always been early…  In bed.  Junk on the television.  And rest.  No housework.  No tidying up.  Just rest.  No need to drop the wee one off or worry about pick up, the hubs had that under control.  Rest.

I am a terrible rester.  I do not much like shifting to idle.  Normally, when I fall ill, I prefer to work through it.  I do not force my body to go beyond its limits, but I seem to recover faster and better when I carry on.  The times when I try to relax and rest usually find me cranky and frustrated.  So better to avoid that.

For most cases of tummy viruses Day 5 is the end.  And if it isn’t, it at least should be a day of marked improvement.

Unless you are me.  This time.

When you are this sick, success is measured in small amounts.  Like keeping down a shot glass worth of apple juice.  Yes!

On Day 6, I really did rest.  I emerged from the lair long enough to make the wee one lunch and see him off to school.  The hubby had a small mid-day shift.  So I would have no distractions.  Just rest.  And, as I said, I really did.  I stayed in bed during the day.  Until everyone returned home from their respective places.  I reported my success of rest and keeping down/in liquids.  All day!  Then they trouped off to swimming lessons and I did some more resting.  I felt a little less gross and a little more human.  And well enough to attempt some toast.

Day 7 saw continued improvements.  The toast of Day 6 had served me well.  So I repeated the venture on Day 7.  This would be a bit of a challenging day, still not feeling anywhere near perfect I was solo parenting that night.  I rested again all day to muster the strength to pick my little guy up from school and take him over to the rec centre for his creative movement class.  I can do this!  The day and evening went well enough.  Everything got done, pick up, dance class, dinner, bath and bedtime.  I even managed to make myself (and keep it in me!) a small sandwich.  Maybe I was finally turning a corner on this crazy sickness…

We had to trek off to the big city for some appointments and a check in at my mum-in-law’s on Day 8.  Her ceiling was leaking.  The building’s maintenance people had been in but she wanted us to have a look at it and carefully remove all the curtains below the leak.  I was still sticking to a diet of toast and light sandwiches, because it was all I had the appetite for and I desperately wanted to be well enough to go on the class trip to the Fire Station on Thursday.

When we arrived home I half expected a phone call from the walk-in clinic with my results but there was nothing.  The doctor told me to call by Wednesday if I didn’t hear from them.  So.  I picked up the phone.  When the gal answered the phone I offered my name and explained the reason for my call.  She informed me my results had just arrived and the doctor had a copy on their desk.  I was eager to know the outcome because I wanted to make sure I was okay to accompany the little guy’s class the next day and I had a shift at other work on Friday.  I needed to know where I stood.

She hummed and hawed.  And then said, “I am not a doctor but…<<long pause>>…um, you don’t have like…um, diabetes or anything…do you?”  Befuddled and bemused, I replied, Yes, I am a Type 1 Diabetic.  Which quickly prompted, “OH…well…you should hear from us by the end of the day.”  Hmm, so I asked, if do not hear anything is it safe to assume that I just had a really BAD flu bug?  Another long pause followed, but then she said, “Yeah, yeah.  That makes sense.”

Day 8 came to a close.  I heard nothing.

Field Trips and a Diagnosis

Thankfully that feeling of improvement continued into Day 9 and we were headed off to the Fire Station.  I still felt mildly nauseous but nowhere near what I had been feeling and more mild than a bad tummy day.  At worse, I figured I would be extremely tired at the end of the day.  And that would be more than okay with me.  Just no more bathroom adventures, puh-lease!

I find the JK/SK age group to be absolutely hilarious.  I had a good group of little ones in my collection for the trek.  We were the Blueberries.  The fire fighters seemed a bit surprised (if not completely caught off-guard) by our arrival.  However, they pulled things together quickly enough and gave the kiddies a good visit.  Each and every one sat behind the wheel of the truck and shot the hose.  Even the parents and teachers had a go!  It was a good trip and ended with almost every kid complaining of starvation (they ate right before we left), and so it was decided they would eat once settled back in the classroom. 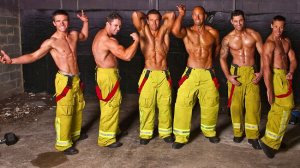 Lovely as the gentlemen we encountered were these were NOT them. The fire fighters we met were far less organized than these ones.

I returned home and made some soup.  Which I later ate and managed to keep down.  Things really were improving.  Except my throat had taken quite the pounding during the episodes of vomiting and I was now on the verge of losing my voice.  Warm lemon water and sugar-free cough candies.  Lots and lots.  Of both.  Day 9 exited without any excitement.  Well.  Beyond the adventure to the Fire Station.

Day 10 arrived without much fuss.  TGIF!  I headed in for a short shift at other work.  The wee one was off to school, and the grocery store (another field trip!), and hubby had to work.  My day went by easily enough.  I like my other job and so was happy to be back serving customers and taking in all the renovations that had taken place in my absence.  I also had a performance meeting and was pleased (and surprised) to learn I would be getting a pay increase at the end of June.  I left work feeling pretty good.  So I ran a couple of errands before heading over to the school.  The grocery store was a huge success, my little guy apparently wowed all the parents with his knowledge of and excitement for vegetables.  So proud!  After grabbing him, we headed over to grab hubby.  Luckily that day all the pick-up times were awesomely spaced apart.  We were there with only moments to spare.

The boys carried the bags in, I tended to the bouncing dog and the flashing light on the answering machine.  Before pressing play I quickly scanned through the Caller ID and was a bit caught off guard to see the phone number for the walk-in clinic.  Huh?  And without even removing my jacket proceeded to call them, only to be told they do not discuss results over the phone and I needed to come in and see the doctor right away.  Okay…

Kisses to my men, I left them on the porch with worried looks, and did my best to assure them with a big smiley smile and lots of, it’ll be fine, I’ll be home soon.

But would it be fine?  Why were they calling with results NOW?  Did they get other results in that were cause for concern?  Because after that completely weird and inappropriate conversation I had with the receptionist the other day, I was sure there was nothing to worry about.  But now I was not so sure.  However.  In the back of my mind I had a sneaky suspicion I knew what was going on…

I arrived at the clinic.  Reported to the reception desk.  And explained why I was there.  I was told it would be at least an hour before the doctor would be able to see me.  I didn’t want to wait.  I then explained the conversation I had with whomever from there on Wednesday and asked if I had been called in to be told I have diabetes.  This gal refused to elaborate or discuss the results, a guy to right was snickering under his breath, as I explain, because if that’s all I am being told, I don’t need that diagnosis, I was diagnosed with Type 1 Diabetes nearly two decades ago and am fully aware of all that is involved with that, and I have an endocrinologist, and a family doctor…I came in because it was a Saturday and I was concerned about what all the vomiting was doing to my glucose levels.  The stone-faced receptionist then offered me my results. 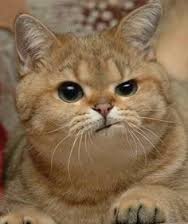 Hmm. So you want me to sacrifice more of my precious time to be diagnosed AGAIN with the same disease do you? Not fucking likely!

Which I thanked her for, folded and placed in my purse.  Before driving home.  Where I absorbed my diagnosis.

With the assistance of a large glass of red wine.

4 thoughts on “Busted Guts: The Conclusion”