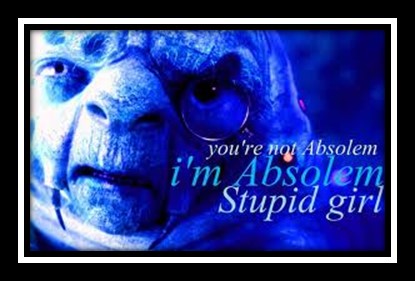 It took about five years. But when the notion hit, it hit hard. This place just isn’t for me. And then I found out I was pregnant. WE are moving.

I moved a lot growing up. A LOT. I feel I am equipped to live pretty much anywhere. Under pretty much any circumstances. But I could only take so much of the big shitty…

It has been six months since we moved. To a smaller city. Somewhere more our speed. And it has been lovely. The right move – back to reality.

I have lost myself more than once in my three plus decades here. Judging by those around me – like, the entire human population – it is quite common. Phew. I’m normal.

We need not be so hard on ourselves. It is natural to lose oneself. Yet a difficult thing for most. While we are often critical of those who appear to be lost, disorganized, chaotic, it really does take quite a lot for someone to just let go. To call your current mode into question. To step back and make a change. But the most important thing to remember is that it isn’t meant to leave you hanging in limbo, you are not meant to take up residence in the valley of indecision; the moment you lose yourself arises an opportunity to find yourself.

Find the you you want to be.

I know, I know. How very self-help of me, but I don’t mean it to be. Figuring out who you are is an incredibly difficult task that can, and likely will, span the entirety of your life. And that isn’t a threat or a sentence of punishment. It is a promise. A fact. Something you need to embrace. You are a thing of evolution. You will grow and change, acquire new knowledge and skills, the stretch of your entire time here. And I believe some of those things become imprinted on your soul. Residing there until your light burns out. Until your energy is gone.

You will always question who you are. Not all of you. But likely parts of who you are will come under scrutiny. From you. And that’s not a terrible thing. If you use the opportunity well. Use it as a way of checking in, finding out if all that made you tick still does. Maybe the time has come to chase that rabbit…

I am not perfect. I am a work in progress. I know who I am. For the most part. *Wink wink* But what I actually took from losing myself is knowing when I have. That is what I hold most dear. Being able to recognize the loss before it happens. Or at least before the bottom comes.

You don’t want to hit that.

Crack in the Pipe

Life will always surprise you. That’s a guarantee. A promise. Take it to the bank, they would say.

We got a Surprise in the Pipe last week.

On Tuesday of this week they fixed it. They arrived just before 9 am. Thankfully it was a nice day outside. So. Out we went. For who knows how long. First they would prep the area. Then they would cut the concrete floors in the basement. And, remove the flooring, then cut the concrete in the wee one’s toy room. Then they would come upstairs to the bathroom. And cut open the wall. And then they would move drains and replace the pipe. From the basement to the roof. Stem to sternum. In a marathon plumbing event, they were going to rip apart my little house. Neatly, they said.

What about the bathroom? We only have the one! Hubby was concerned…for me. He and the wee one had decided they were going to make the most of our super secluded back-of-the-backyard and go rustic: pee in the bushes. I suggested a bucket in the shed. Homemade toilet. Done. You are awesome! Really? Thanks honey, but it wasn’t that stellar of an idea…just seemed logical. Really? No babe, most people would make a big deal out of something like this, it is awesome that you just roll with whatever happens! Thanks honey.

We spent the entire day out in the yard. Worked our asses off. Cleared a lot of dead brush. Tidied up what needed it. Had a picnic lunch on the patio. Played countless games of involved imagination. We made a great day out of what could have been a disastrous one.

They left just before 9 pm. They worked really hard. They were as neat as they could have been. The one guy told hubby that was one of the worse pipes I have EVER seen, you are lucky you called when you did because the pipe was full of holes and a big crack. Really? REALLY.

What did you learn?

There were the obvious lessons learned here; like, we are not plumbers. Not at all. Others were not so obvious. Required some expert explanations. A couple of months ago when hubby opted to shove his hand down the floor drain in the basement he pulled out a lot of debris. He convinced himself it was toilet paper and that somehow the drain from the toilet had crossed paths with the drain out…he was wrong. *Shiver* Really wrong. Turns out when they cut plumbing corners back in the 1960s they made a really bad decision. It wasn’t toilet paper. It was grease. That’s what grease build up looks like over time, buddy, the salesman/plumber tells hubby. EW. And we learned from the plumbers that had we gone ahead with our bathroom renovation (which happens on Monday – a mere six days after the pipe fiasco) they would have had to stop. It just would not have happened. Because they would have been stuck at the weirdo plumbing of yester-year. PHEW!

We also learned that we are (so far) very happy with our decision to move. We gave our backyard a really good work out that day. And it was pure joy to watch the wee one and the pup run around, chasing and playing. We are in a good place. YES.

Beyond that, and perhaps most importantly, we learned that we had grown. As individuals. As a couple. We turned what could have been a crazy, end-in-tears kind of day into a fun and magical backyard adventure for the whole family. We learned our communication had improved. That we are resilient. That we can always move forward. One step at a time. One foot in front of the other. Together.

Moving took a lot of effort. It was a massive undertaking. One that effected a lot of people. In a lot of different ways. But we are all the better for it.

The big city might be for some. It was not for me (or my family). I can handle it. Truly. But I chose not to. I cannot falsify who I am. And that’s what it wants. Millions of faceless people. Each one trying to be unique. Different. And in this struggle for difference only similarity can be found. And that similarity eventually becomes singular. Millions of the same the design. It grew tiresome and boring for me. Stagnant. Even in the quickened pace of it all I felt like I was standing still. As a tree. Watching everyone and everything rush around me. And I didn’t like it. I craved something more. A change. A different pace. One I could create for myself.

There is a reason Alice does not reside in Wonderland. It is not the place for her. She can come and go. She can visit. But she cannot stay. She doesn’t belong there.